Kate Wang described as calm and elegant in her performance recently at ISU JUNIOR GRAND PRIX in Chelyabinsk, Russia.

The National Theatre On Ice competition returned to Birmingham, Alabama, for the second time since 2016, where 82 teams and more than 1,300 skaters gathered at the Pelham Civic Complex from June 26-29.

For the seventh year straight, San Francisco Ice Theatre medaled in the junior division, finishing third this year with 89.11 points. Skating to “Blue Danube Waltz,” the team’s performance highlighted their footwork and use of smaller group skating.

Skating to music from the Broadway musical, High Button Shows, San Francisco Ice Theatre won the preliminary title with a dynamic performance and a total score of 48.41.

A hearty round of applause to the SFIT Preliminary Team for earning the title of  US National Champions; to our Junior Team who are Bronze medalists and the Novice Team for winning Pewter.

Best of Luck to Our Ice Theatre Competitors 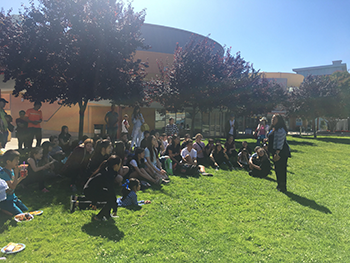 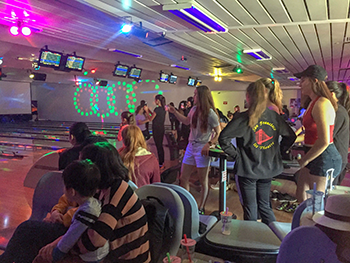 This year’s event is hosted by the Birmingham Figure Skating Club in partnership with the Pelham Civic Complex and Ice Arena.  Skating Club of San Francisco is sending three teams. We want to wish all of the competitors “Good Luck,” and “A Safe Journey!”